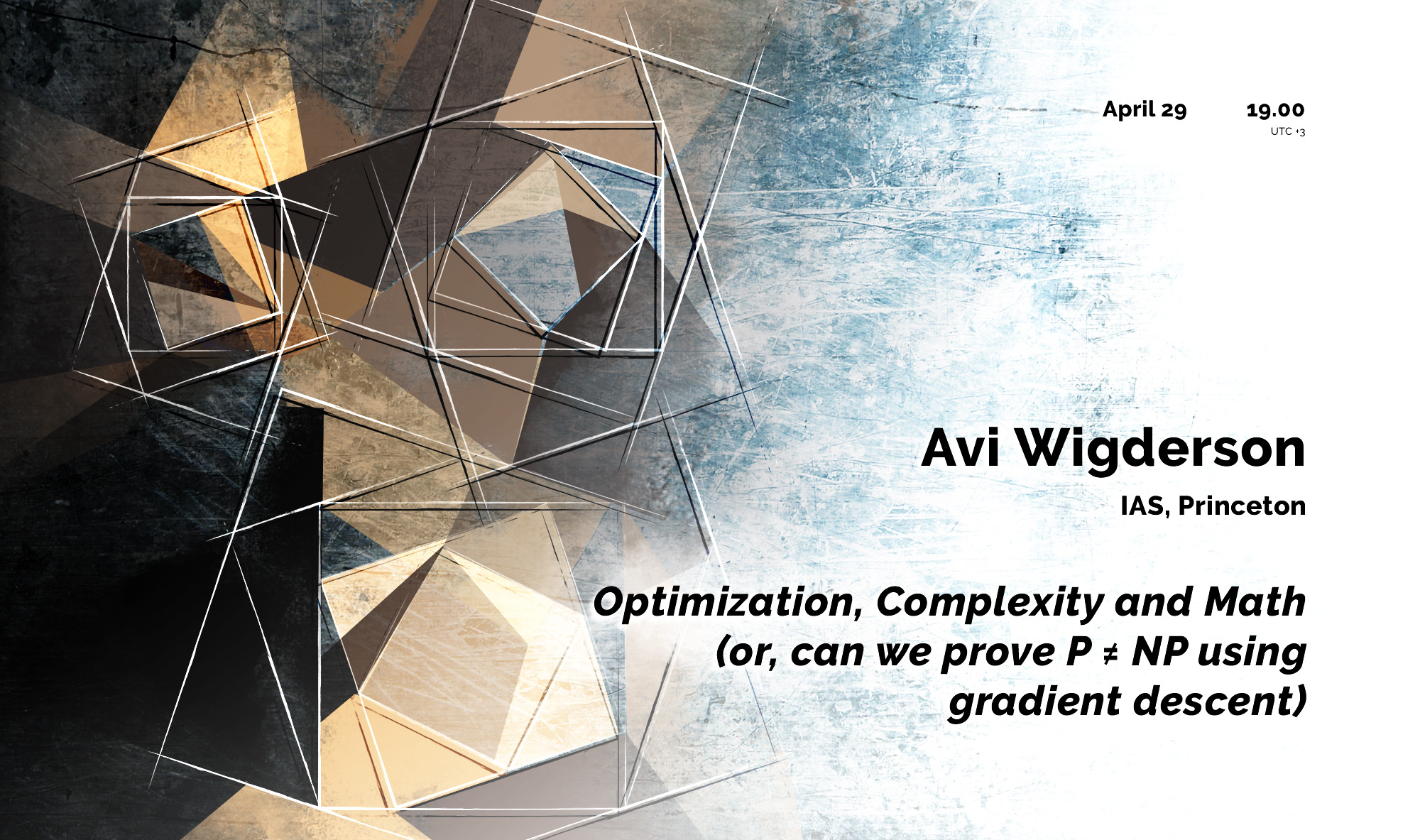 Avi Wigderson from IAS, Princeton will give the talk "Optimization, Complexity and Math (or, can we prove P ≠ NP using gradient descent)" on the labs' Big Seminar.

This talk aims to summarize the status and goals of a broad research project. The main messages of this project are summarized below; I plan to describe, through examples, many of the concepts they refer to, and the evolution of ideas leading to them. No special background is assumed.