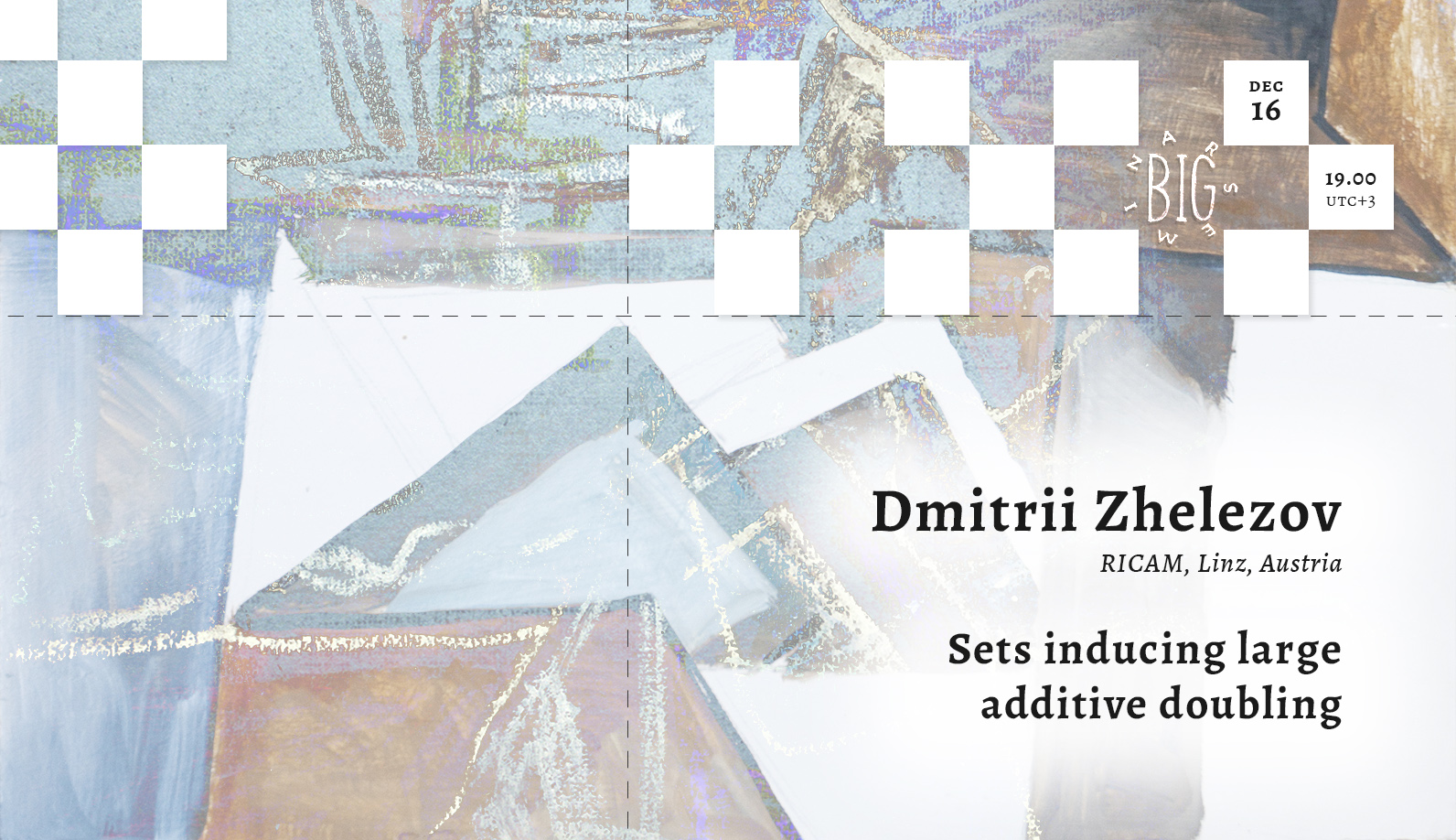 Dmitrii Zhelezov from RICAM, Linz, Austria will give the talk "Sets inducing large additive doubling" on the labs' Big Seminar.

Rephrasing the celebrated Freiman lemma in additive combinatorics, one can show that a finite set in $Z^d$ containing a $K$-dimensional simplex has additive doubling at least ~$K$. We will discuss a novel framework for studying how such induced doubling can be inherited from a more general class of multi-dimensional subsets. It turns out that subsets of so-called quasi-cubes induce large doubling no matter the dimension of the ambient set. Time permitting, we will discuss how it allows to deduce a structural theorem for sets with polynomially large additive doubling and an application to the ”few products, many sums” problem of Bourgain and Chang.