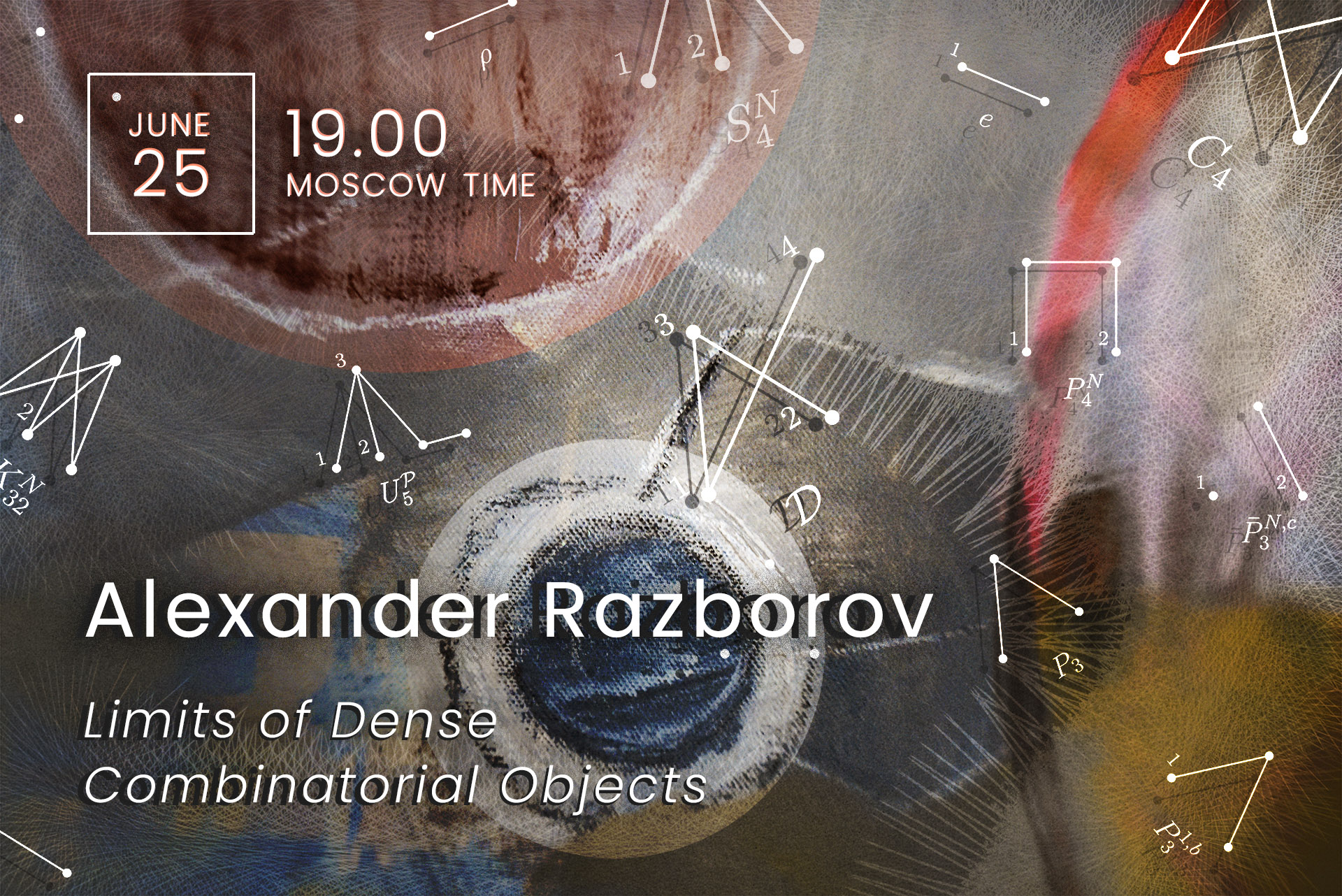 Alexander Razborov from University of Chicago and Steklov Mathematical Institute will give the talk "Limits of Dense Combinatorial Objects" on the labs' Big Seminar.